Shipping friction reducers are integral to the drilling and stimulation process an oilfield requires. The are part of a diverse oilfield chemicals ecosystem and necessary to operate a successful drilling or fracking operation. Friction reducers are one of the most important oilfield chemicals in this oil-drilling process. It would be next to impossible to conquer friction in wellbores without them.

What is a Friction Reducer?

During the drilling of oil reservoirs like shales or coal beds, massive volumes of water are pumped into the wellbores. And the rate at which this water is pumped leads to the generation of high friction pressures resulting from the turbulent flow of the fluid. This high friction pressure further leads to product losses. To combat this wastage, we use friction reducers.

Just as the name suggests, a friction reducer reduces the friction in wellbores while stimulation and drilling processes are ongoing in shales and coal beds.

How Does a Friction Reducer Chemical Work?

To better understand how a friction reducer chemical works and why it is so important, let’s elaborate more on its role in one of its most important usage scenarios; the fracking process

The Role of Shipping Friction Reducers in the Fracking Process

Fracking, or hydraulic fracturing, is a technique used for the recovery of oil and gas from shale rock. Miners drill wellbores miles into the earth before injecting water at high pressure (as fast as 100 barrels per minute) into the wellbores. This high-pressure water fractures the rock beneath and forces oil and gas out. But a side effect of this high-pressure water injection is a lot of turbulence and friction. And as it is with any system, friction leads to inefficiency and wastage of resources. Another disadvantage is the risk of damaging the surrounding areas, increasing the likelihood of fracking-induced earthquakes. That is why there is a need for a way to reduce the friction in the hydraulic fracturing system. The solution is in what we call slickwater fracking.

Slickwater fracking is simply the process of making the fracture fluid slick by mixing it with sand and other chemicals. This slickness reduces viscosity in the fluid, thereby cutting down on the friction significantly. And this is where the friction reducer comes in. In addition to scale inhibitors, biocides and surfactants, friction reducers are chemicals that help make up the slickwater. With the use of slickwater fracking, the risks of damaging areas surrounding the oil field are greatly reduced and there is a significantly lesser loss of products due to friction.

Types of Friction Reducers and What They are Made Of

There are various types of friction reducer chemicals, depending on the purpose you need them from during the drilling and stimulation process. Some of them include gelling agents, while others don’t.

Before you buy biocides, however, ensure that the company you are buying from offers only high-quality products. Low-quality biocides are now rampant, and they could cost you a lot on the oilfield.

Breakers are a type of friction reducers that break crosslinkers and polymers in fracturing fluid, with the main purpose of lowering the viscosity of the fracturing fluid. Fracturing requires that the stimulation fluid be kept at a low viscosity after the application of a proppant. Breaker friction reducers make it hard for the proppants to return while making sure that only fluids return to the surface.

Buffers help to manage the pH levels of the fracturing fluid to gain results that are stable and predictable from the process. The pH of the fracturing fluid affects some properties that are peculiar to the fluid, including break time, gelling agent hydration rate, and crosslink rate. Without a buffer friction reducing agent, these properties could result in an unstable result.

Other types of Friction Reducers

Those are not the only types of friction reducers that are used in oilfields. Others are corrosion inhibitors, clay stabilizers, and viscosifiers.

A lot of challenges may arise during the shipping of friction reducer chemicals, even though many of these chemicals are not hazardous materials. With the massive number of challenges that accompany the shipping friction reducers, it is important that you only entrust a reliable liquid chemical transportation partner, such as Total Connection Oil and Gas Logistics, to ship these chemicals.

Total Connection has the experience and knowledge of how to handle whatever tricky situations that may arise during the shipping friction reducer process. The company has a flexible yet disciplined delivery schedule that allows them to get your friction reducers to your oilfield as soon as you want them.

The importance of friction reducers in the oil and gas industry cannot be overemphasized. Without them, the drilling process could lead to the damage of the environment of the oilfield, water contamination, and other catastrophic consequences.

And just as important as the friction reducers are, so is the liquid bulk transport company that ships your friction reducer chemicals. When you partner with Total Connection, you would be making the entire process easy on your company and employees. You can start by filling out the brief quote form below. 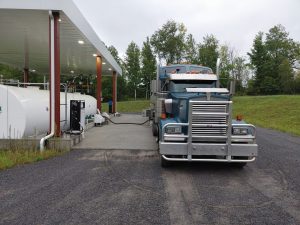 The Loading and Unloading Process of A Liquid Bulk Tanker 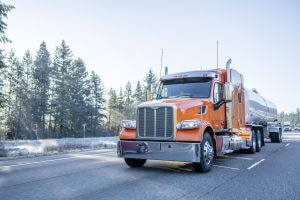 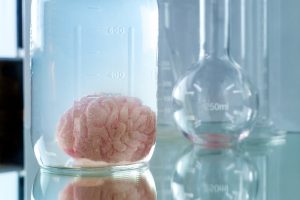 What Is Formaldehyde Or Formalin? How Do You Ship Them?

What is Formaldehyde? Formaldehyde is a colorless and pungent-smelling chemical that is popular for having